Log in
You are here > Services > Research > Software > XSAMS Converter 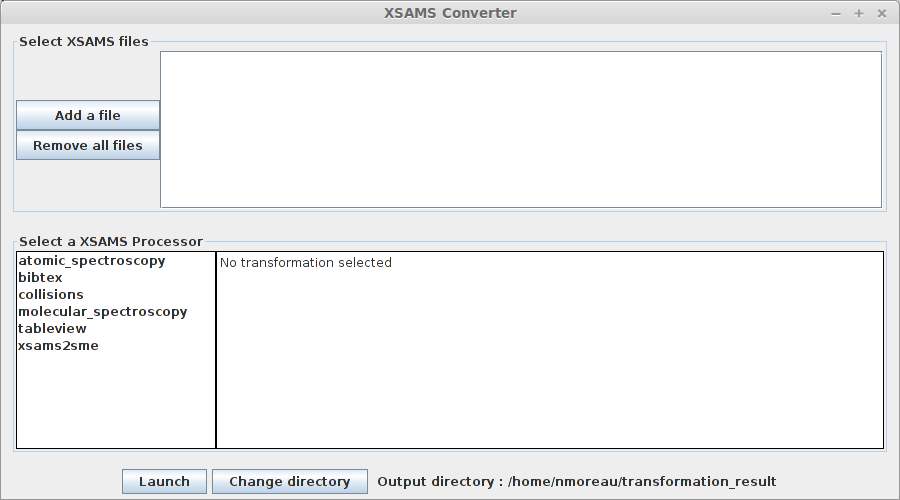 The XSAMS Converter tool is a Java application aiming at converting XSAMS file into other file formats. This application embeds the existing XSAMS processors into a standalone application that can be used without a network connection.

The application provides both a graphical user interface and a common line interface so that it can be called from a script for example. The user simply chooses one or more XSAMS file to convert and the processor to be applied.